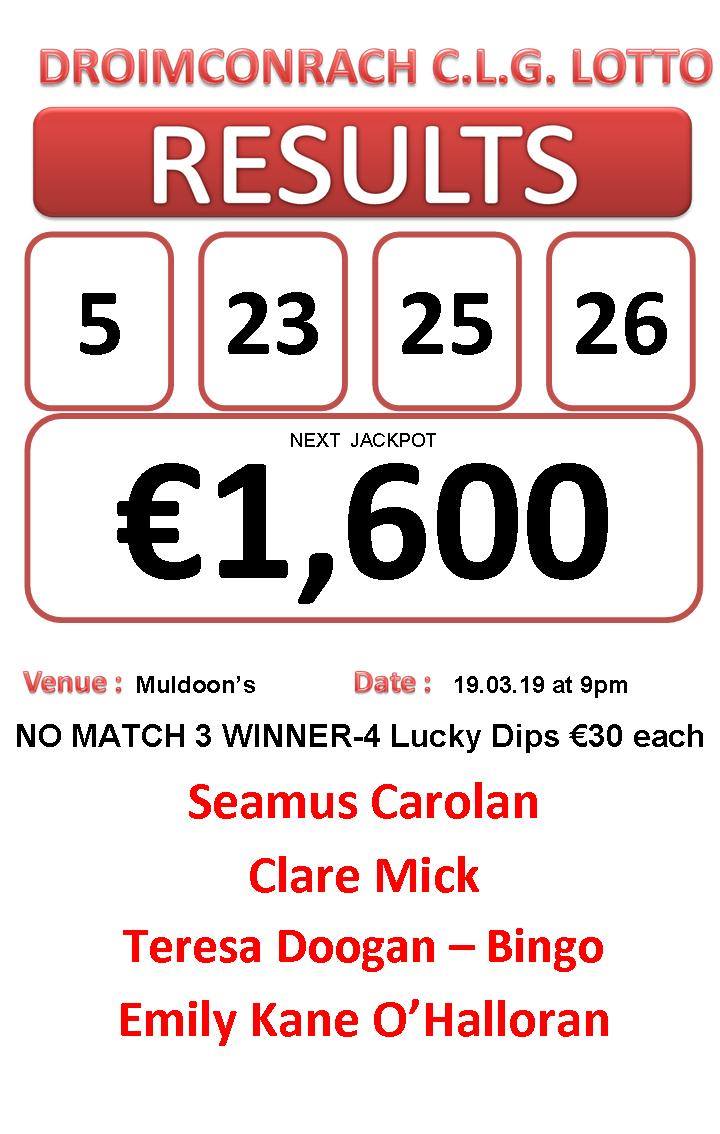 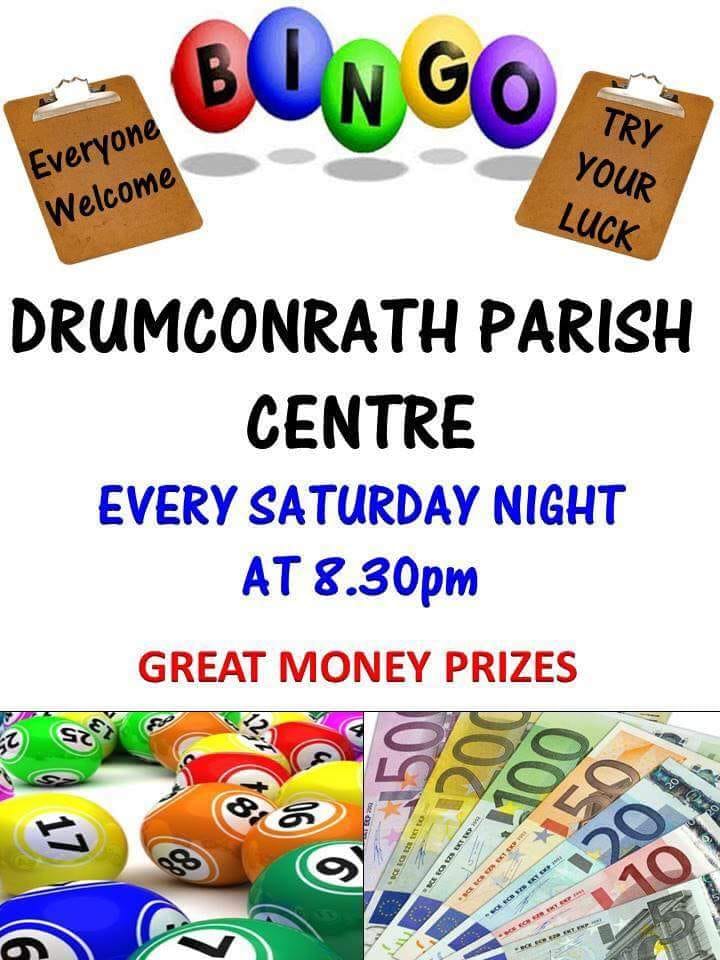 Drumconrath GAA grounds has been a hive of activity in recent weeks with ongoing construction work on our new clubhouse extension and new entrance.This work will result in new & improved facilities for all and we look forward to seeing the progress continuing in our club. 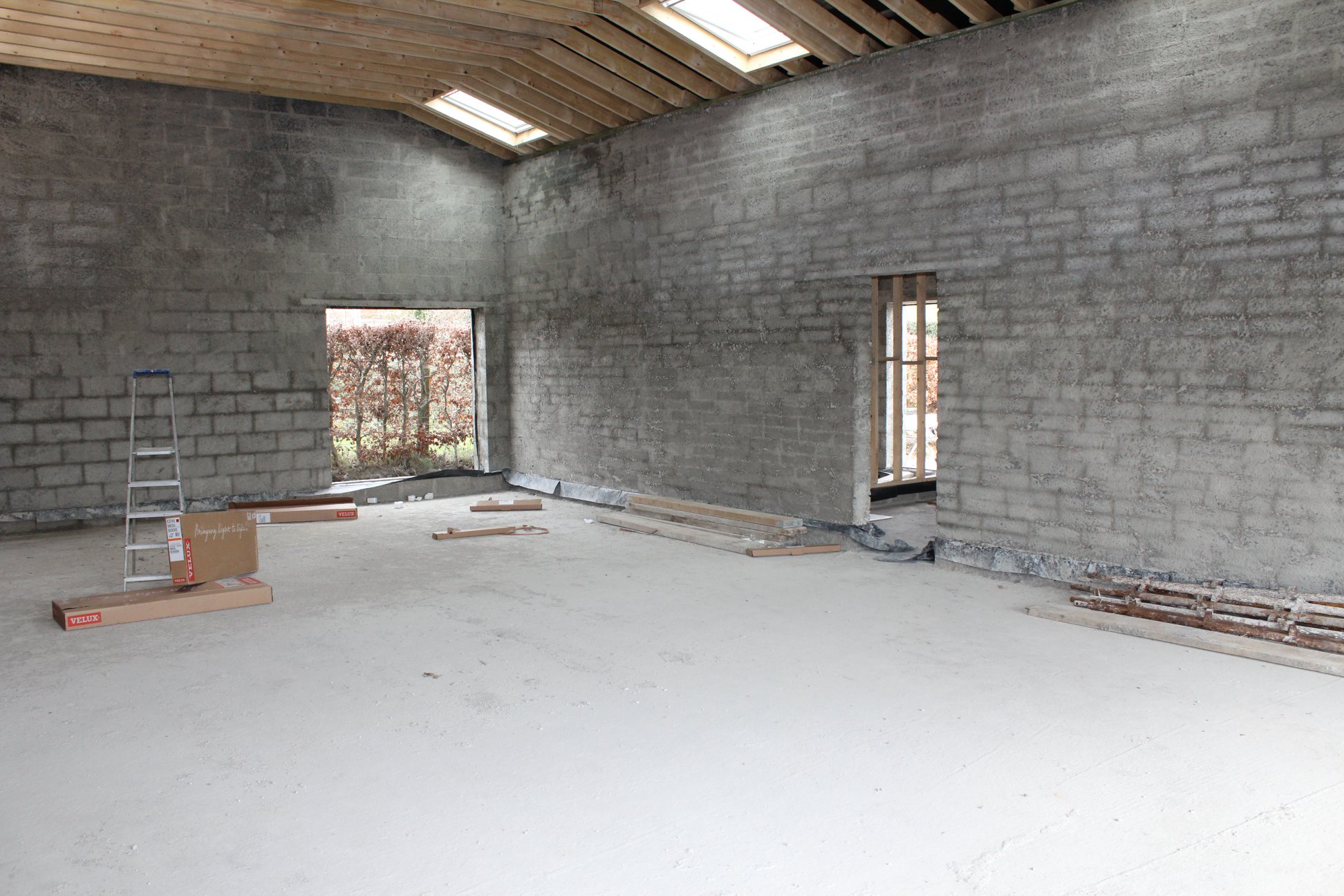 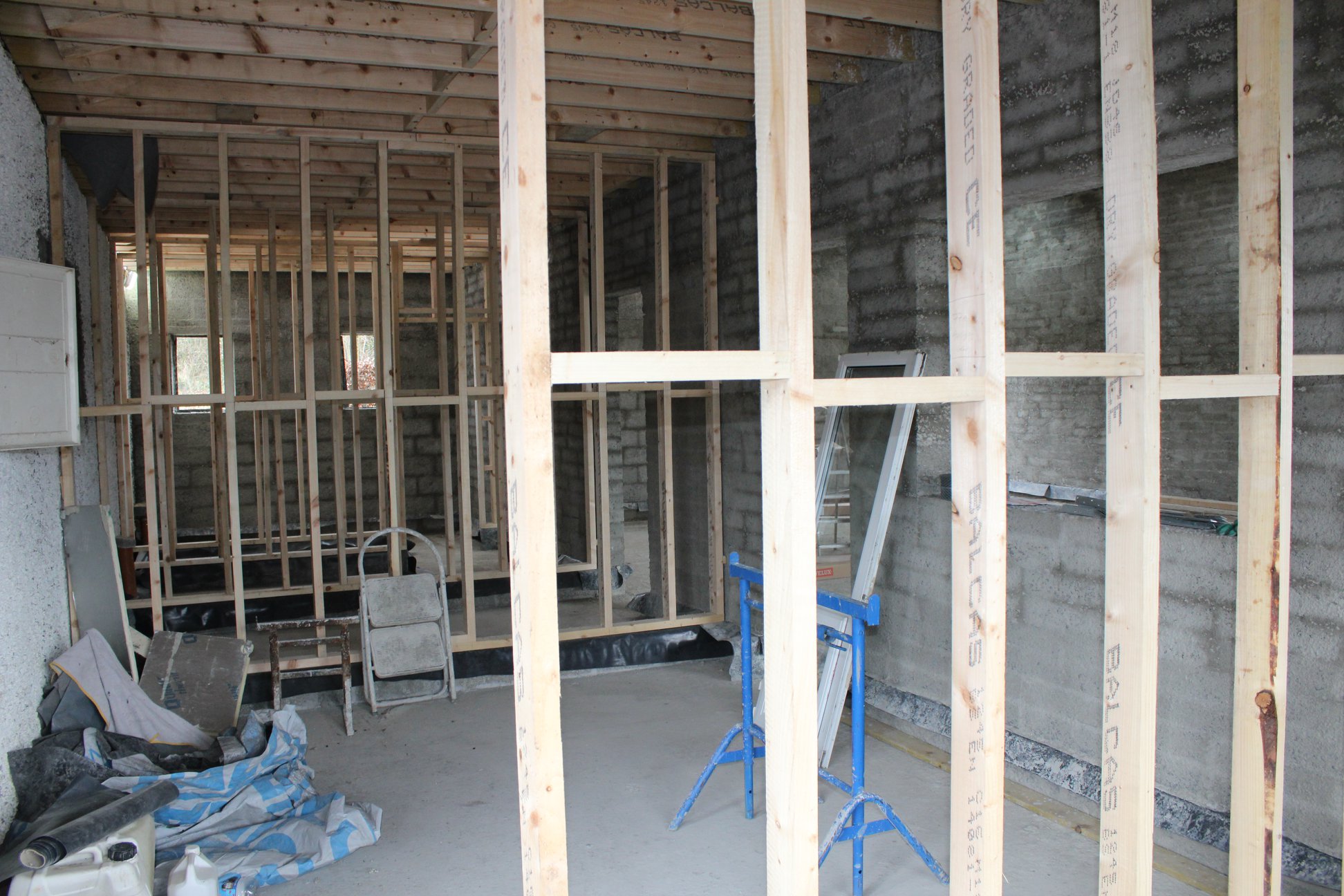 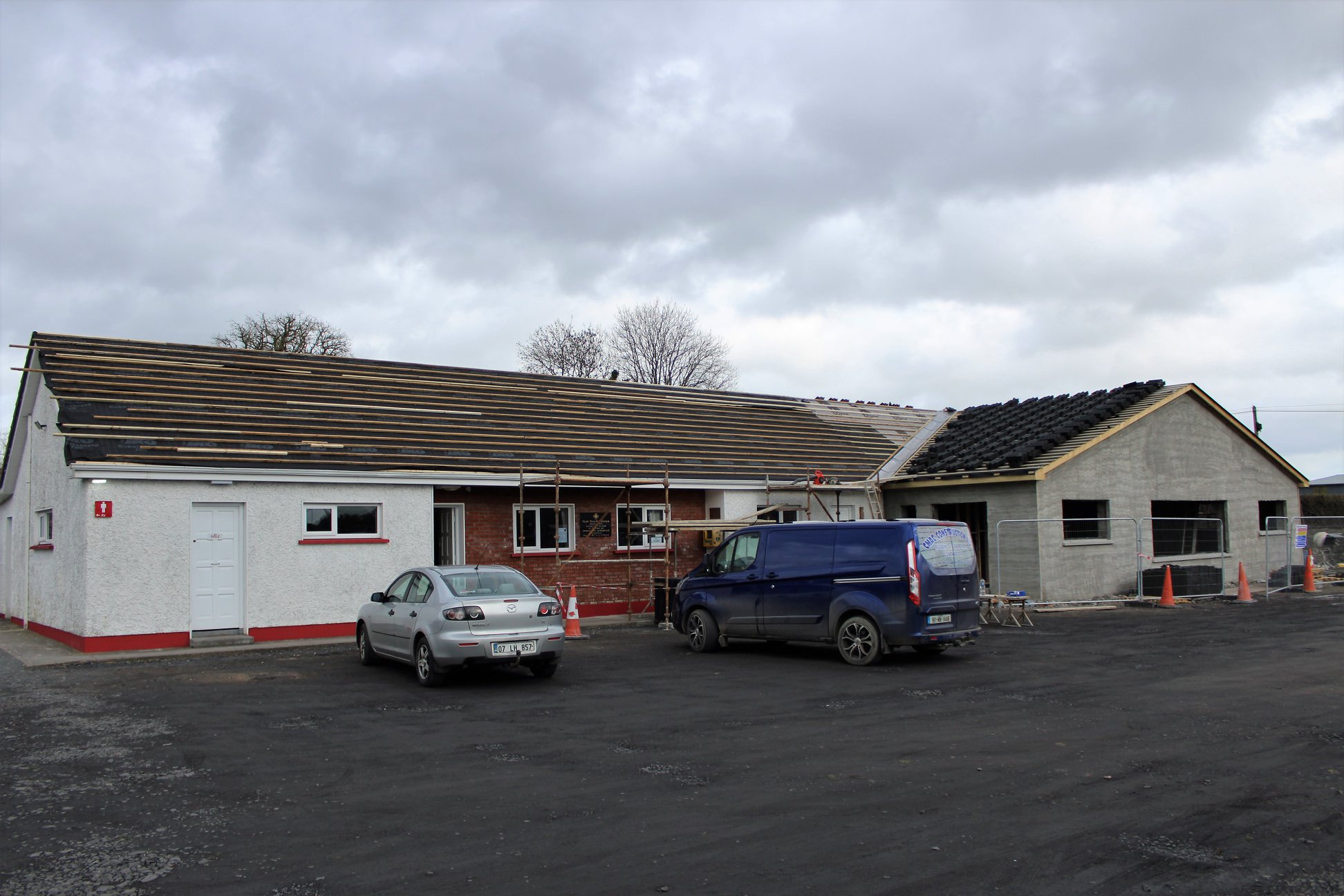 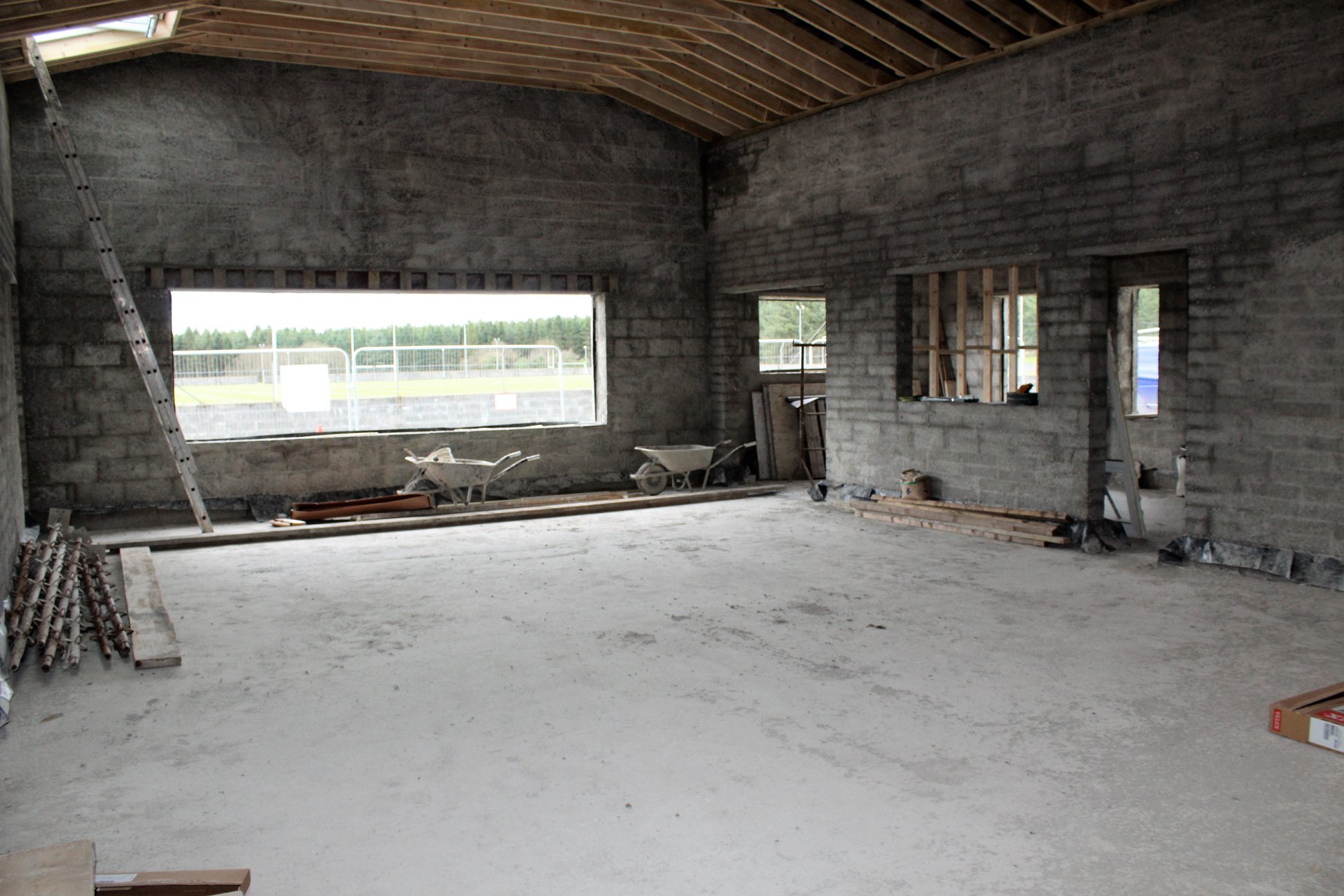 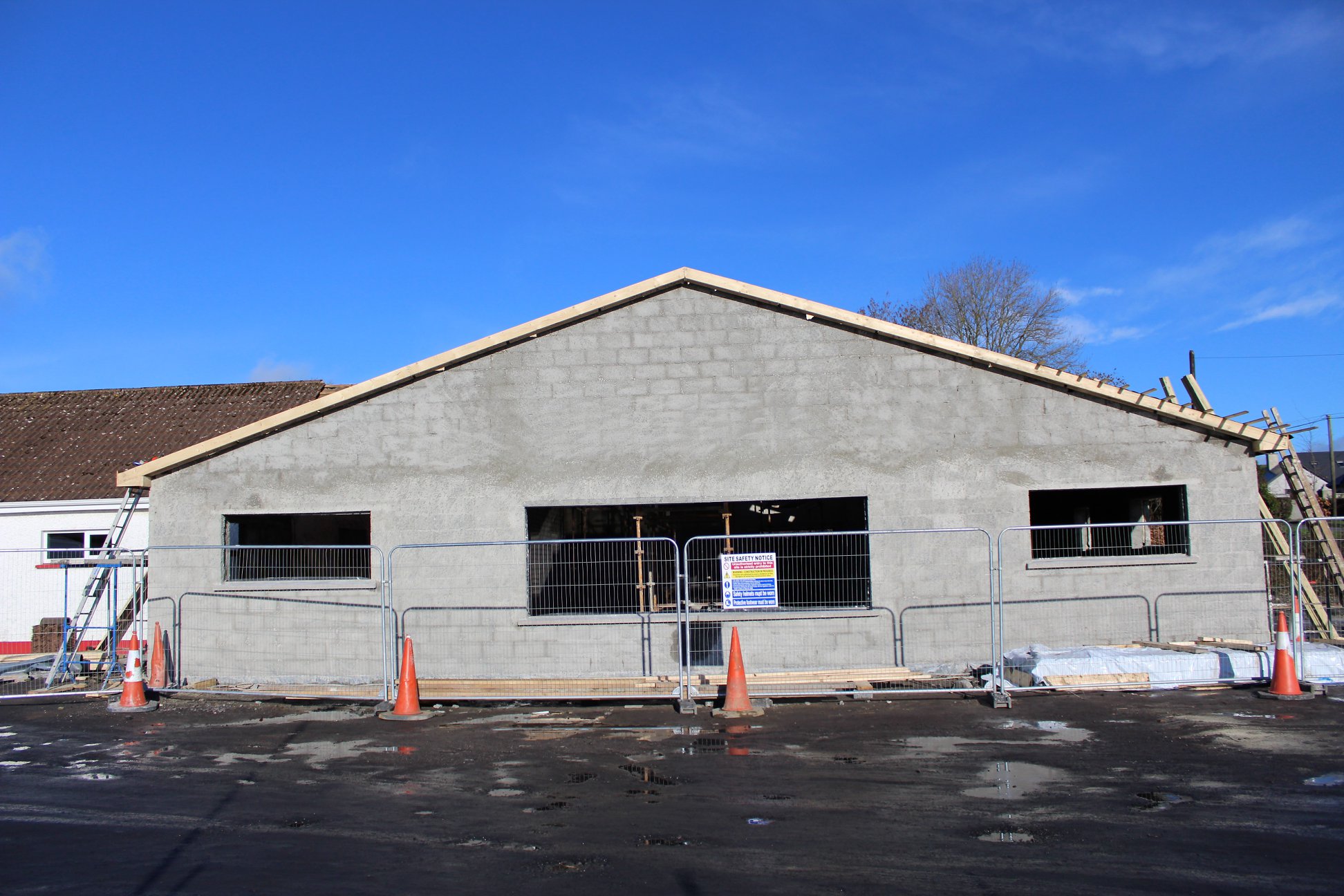 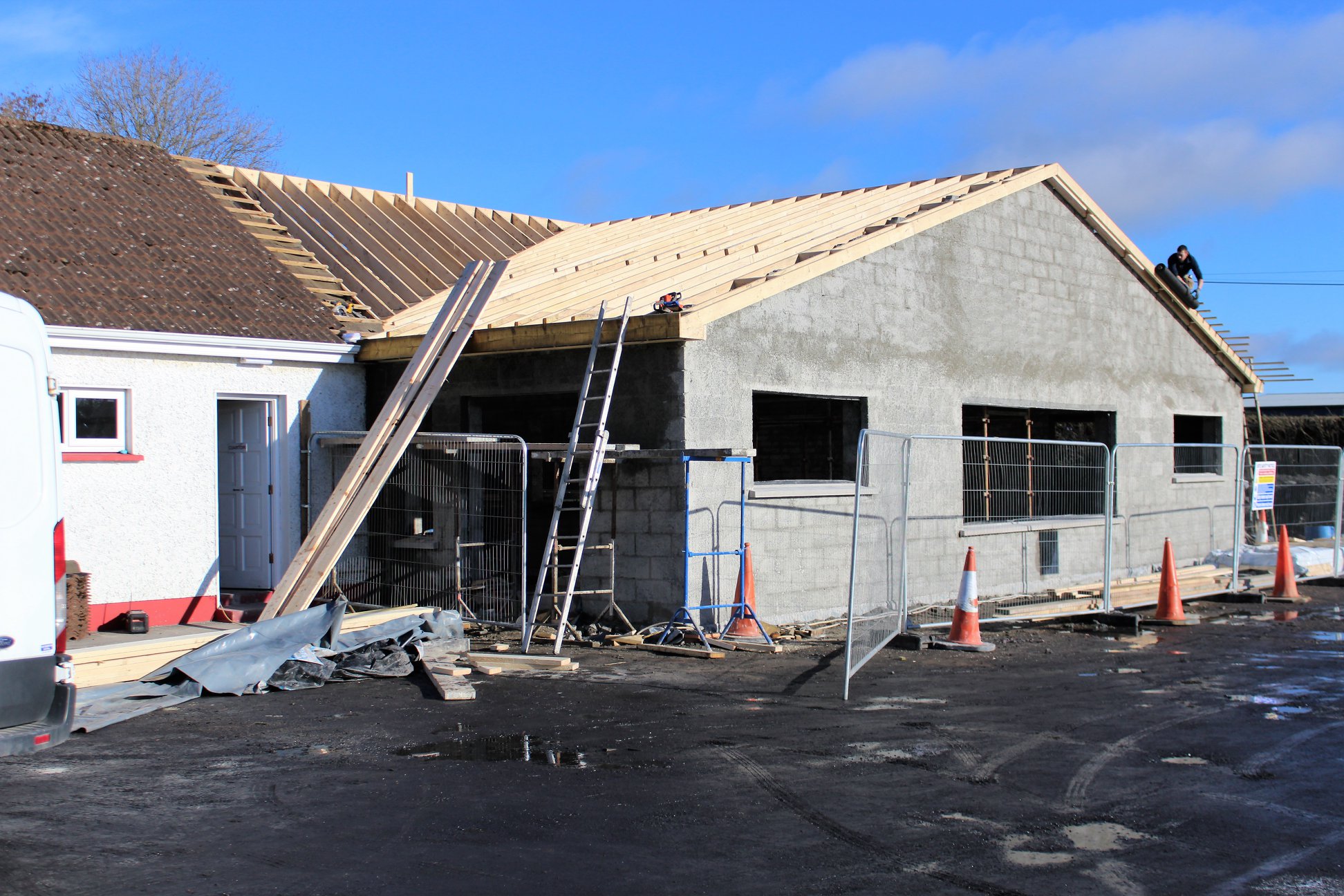 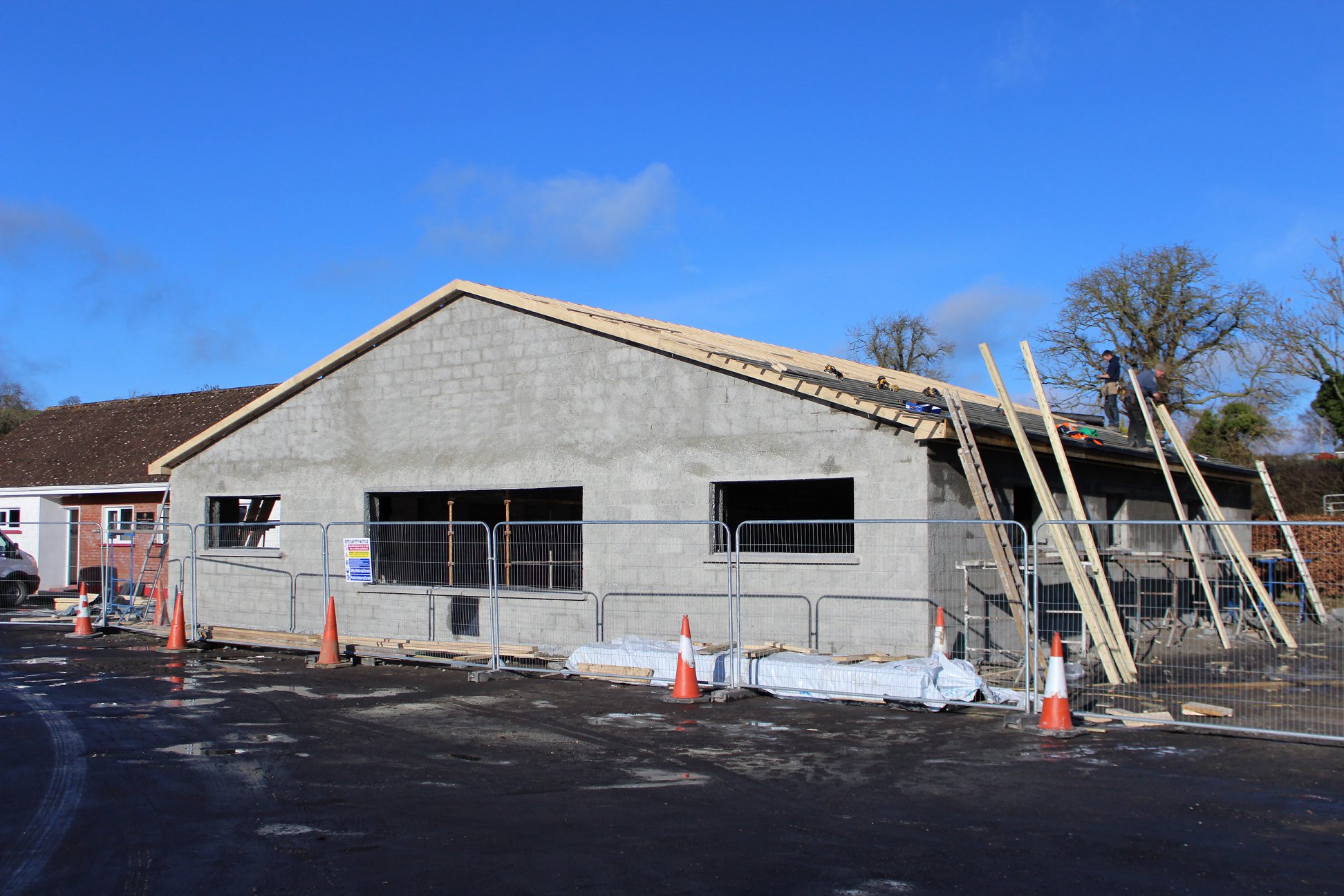 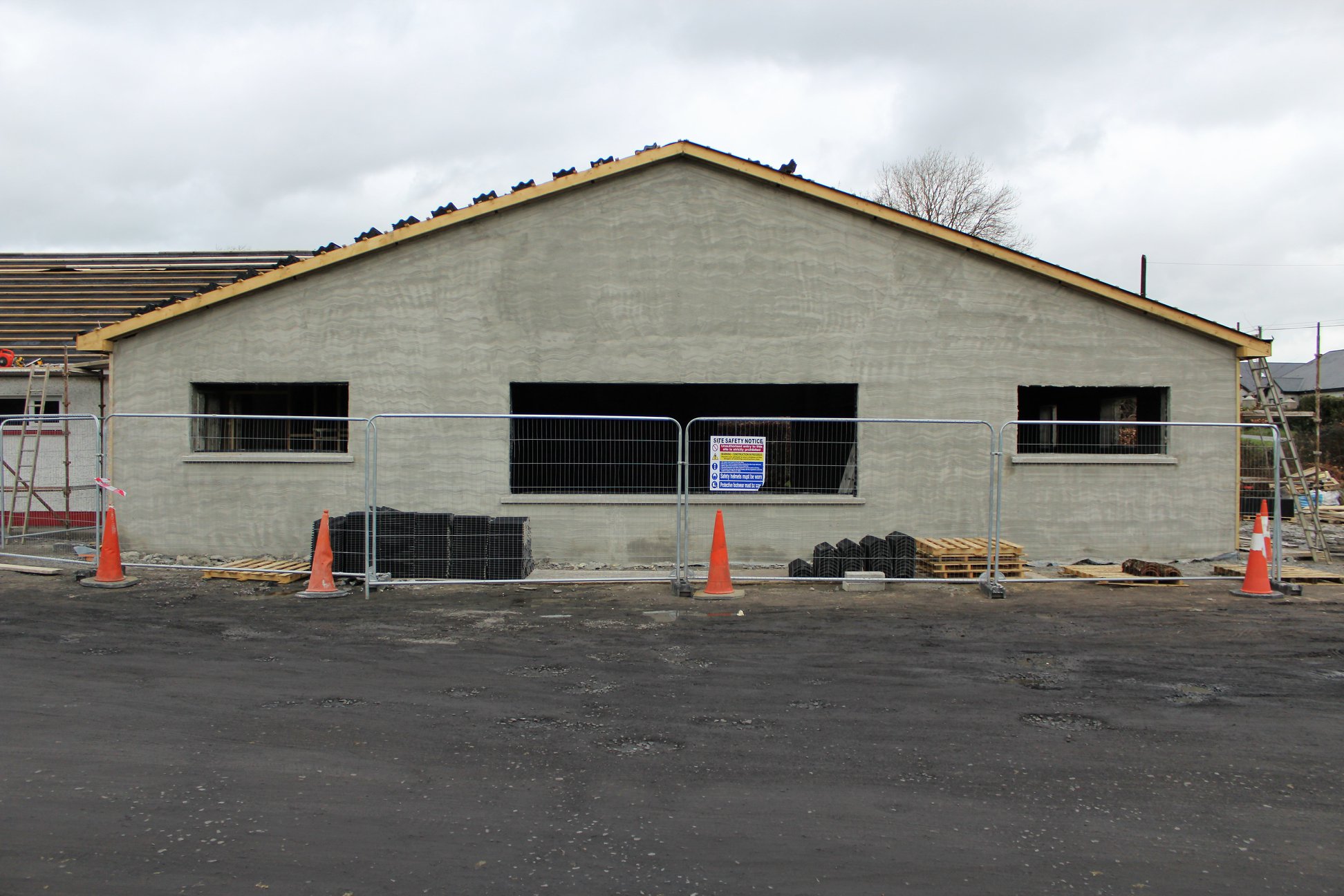 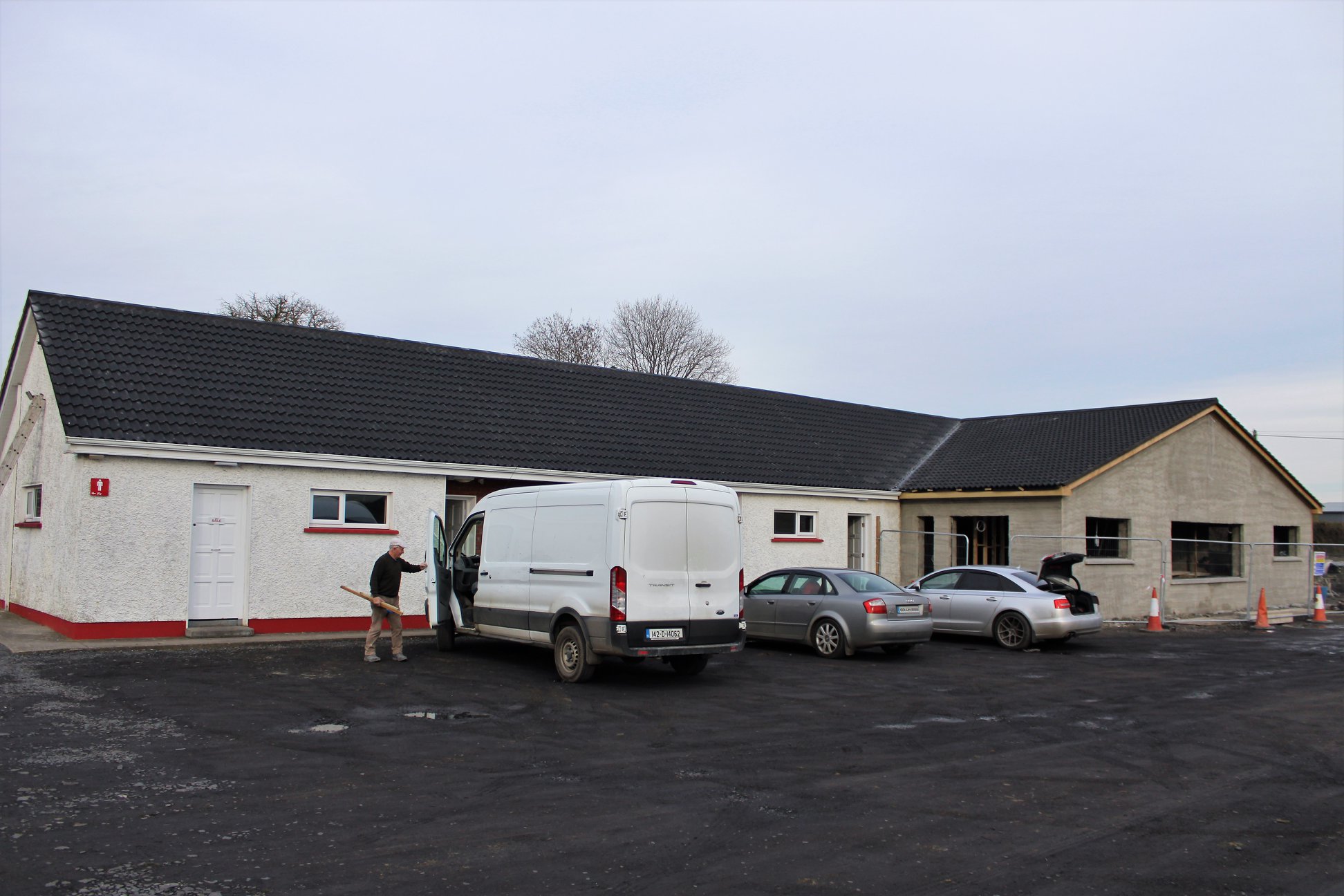 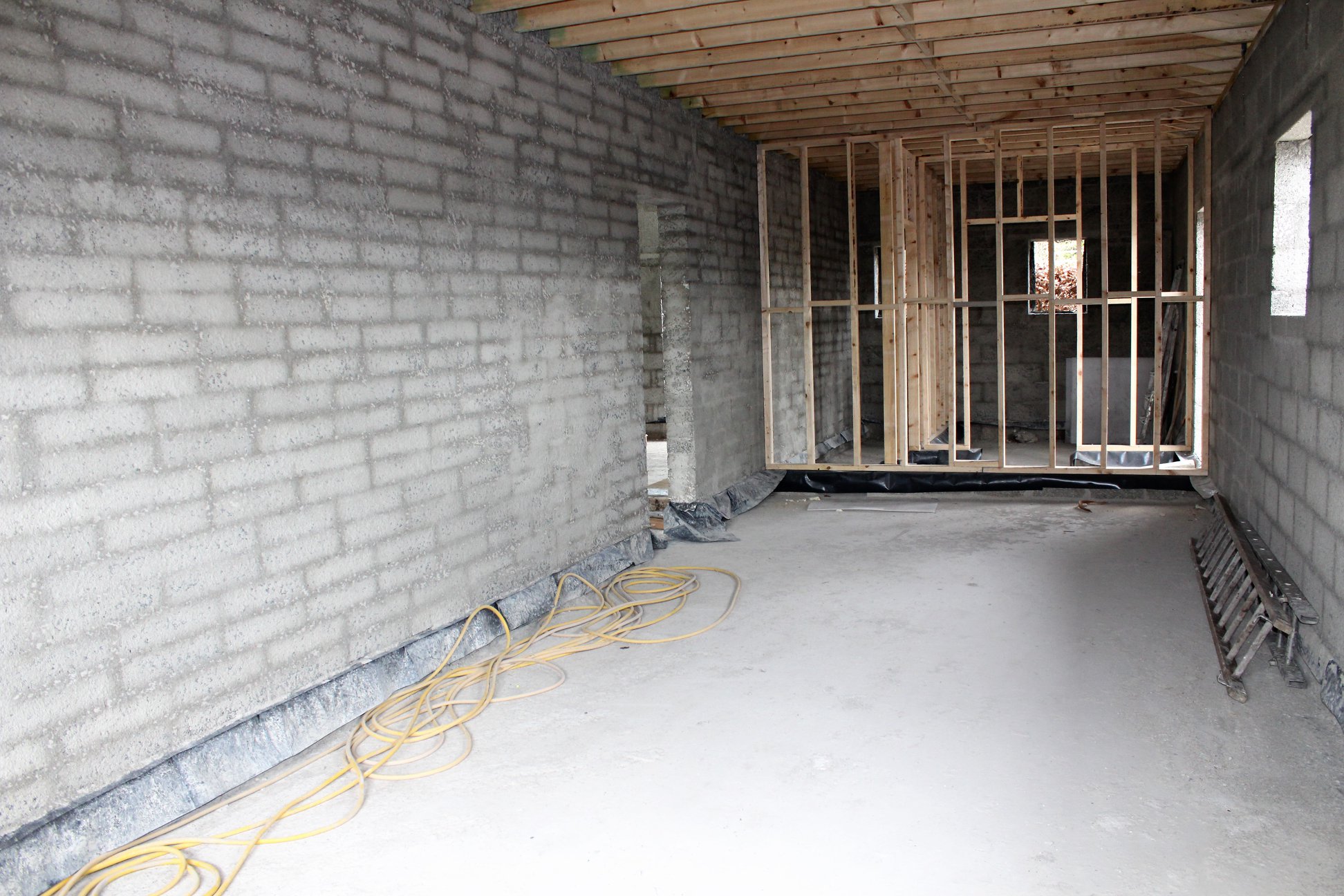 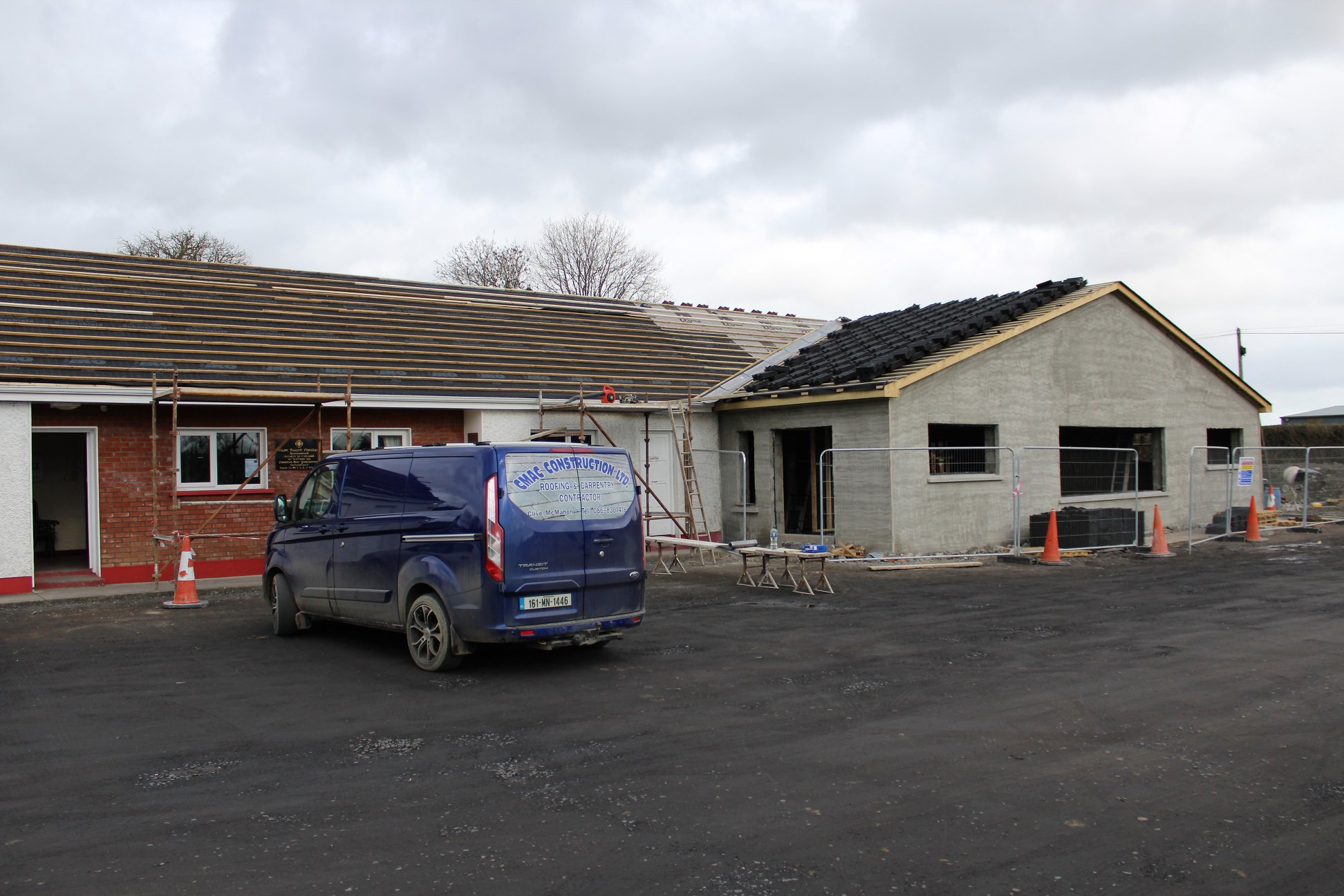 Yesterday seen yet another part of our 2019 development project commence. Work commenced on our new grounds entrance and a big thanks goes to Kevin Flanagan, Pete McMahon and Paul Carey who gave their own time both yesterday & today to knock down our old entrance and dig the new foundations ready for the stone work to start this week. Also not to be forgotten a special mention to our foremen Shayne Flanagan & Eoin Byrne ensuring all standards were met throughout the project (the 2 boys can be seen in one of the photos overseeing construction)!!Your time and work are greatly appreciated lads by all in the club. 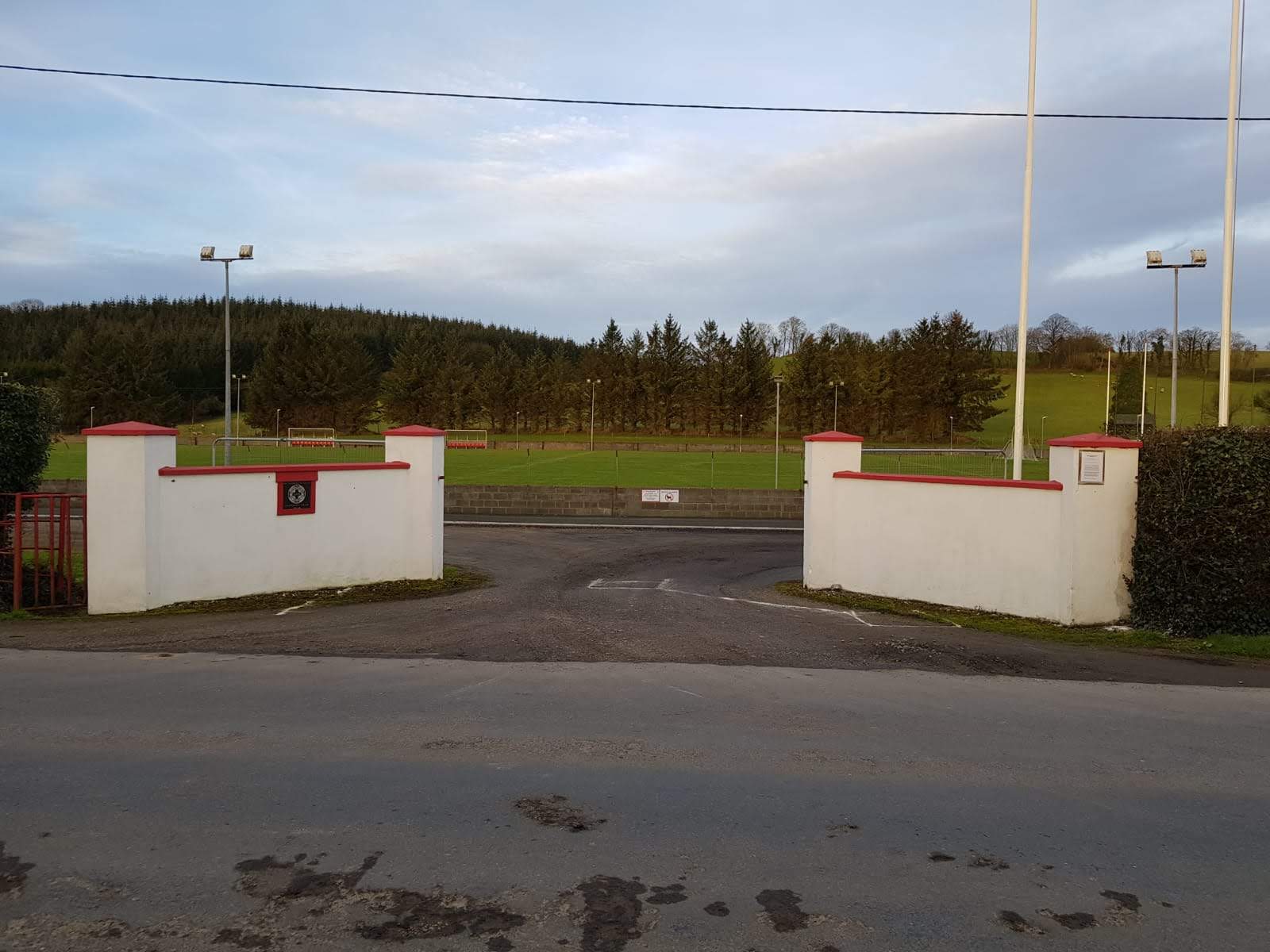 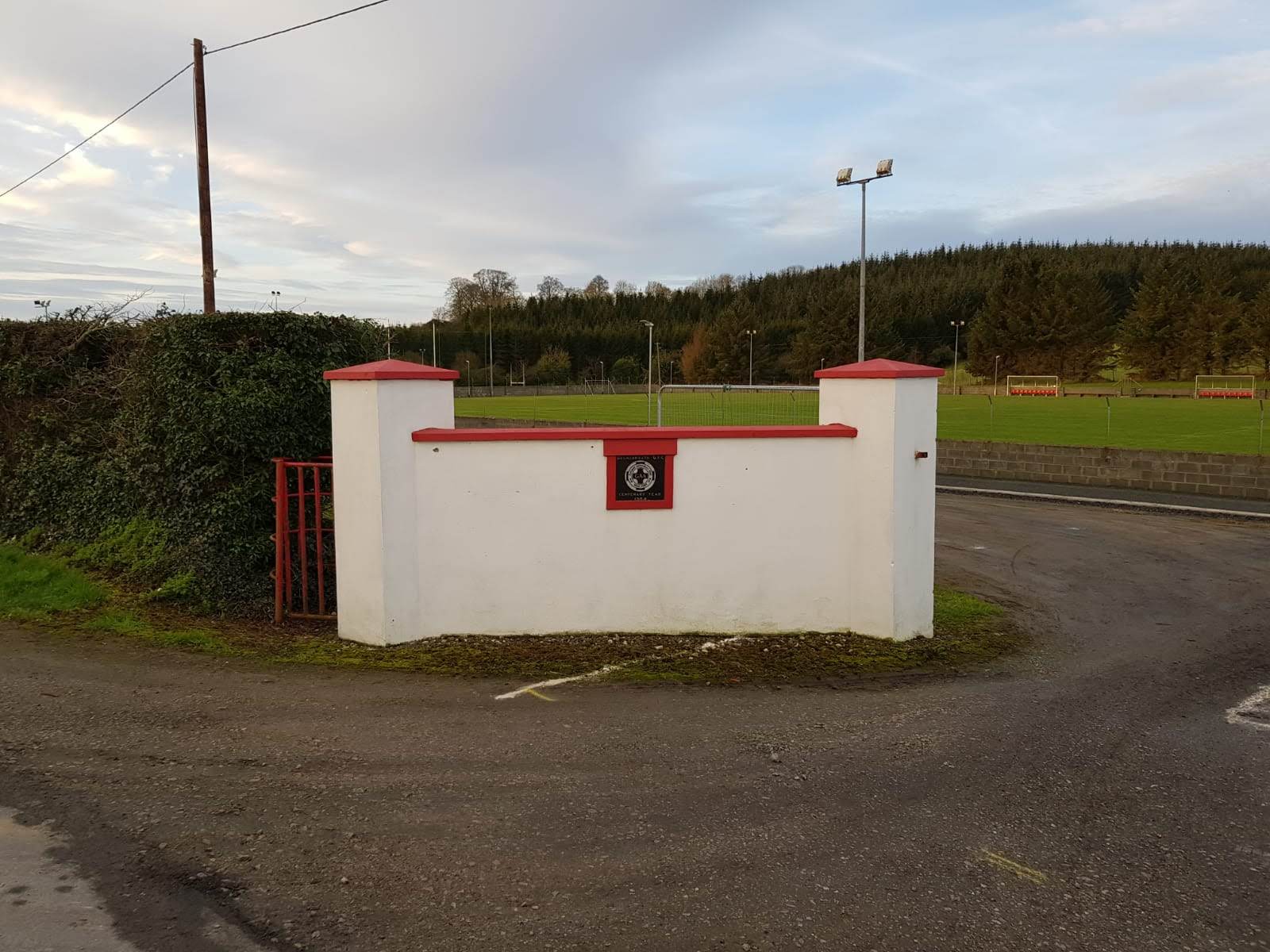 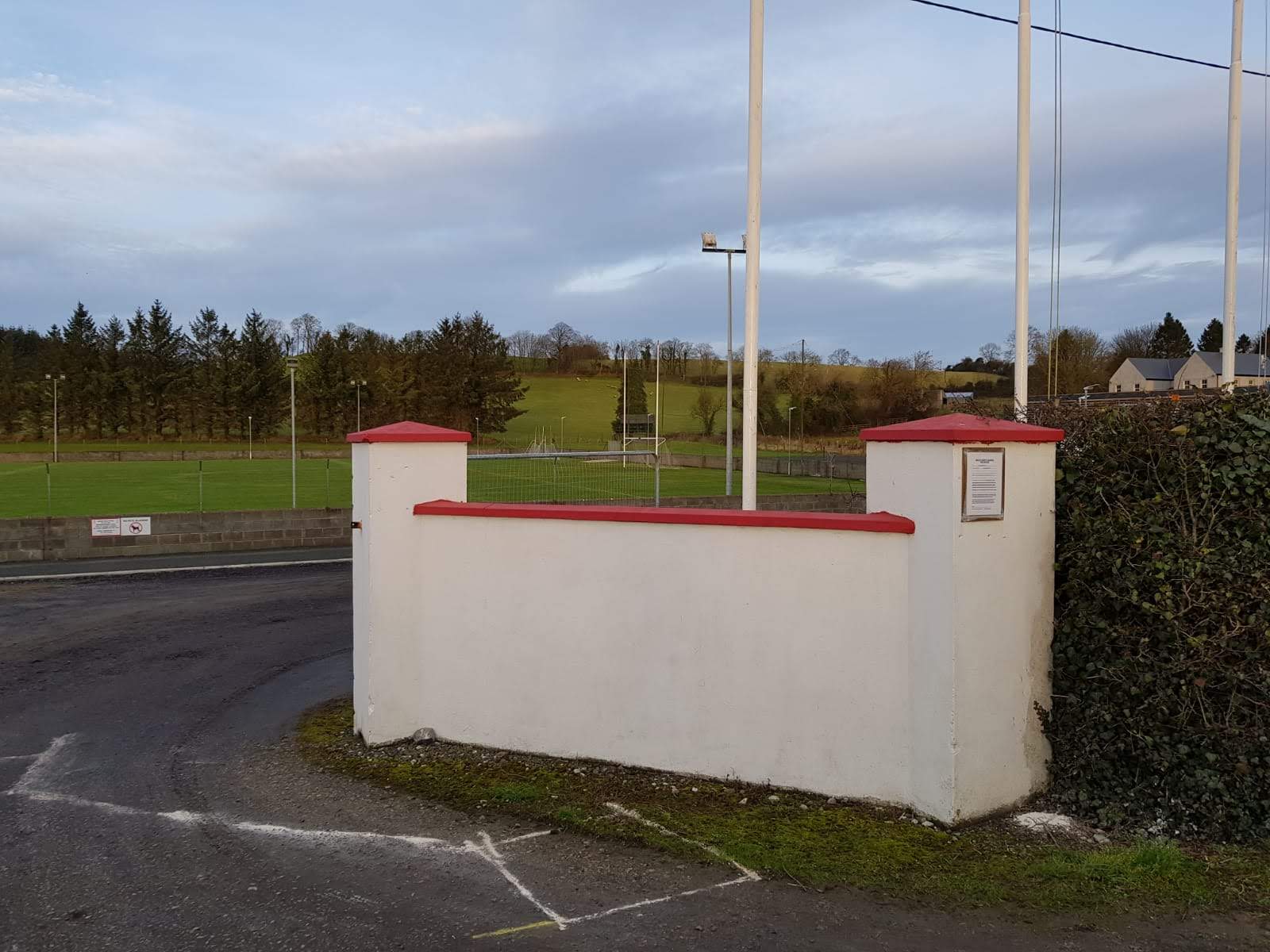 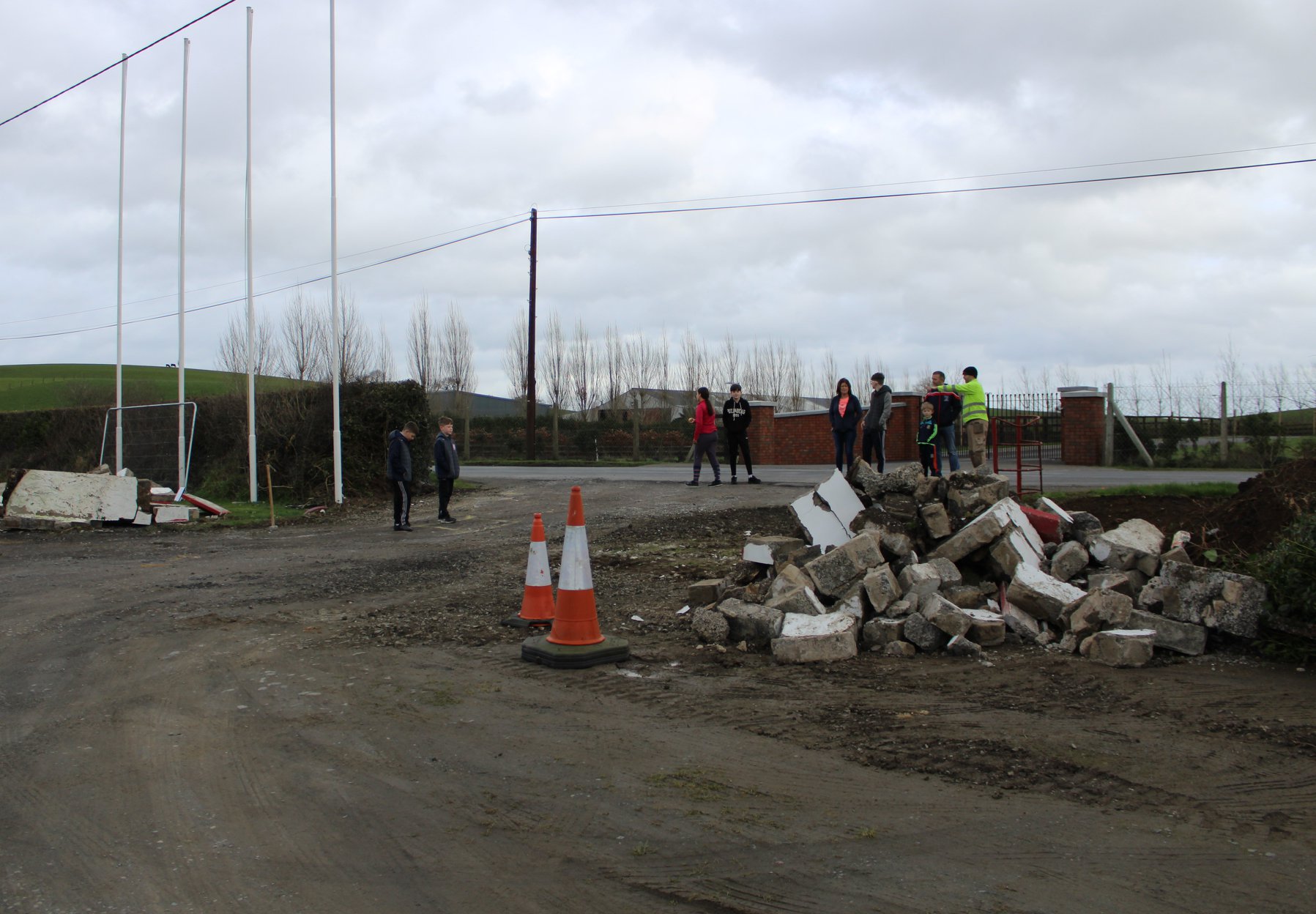 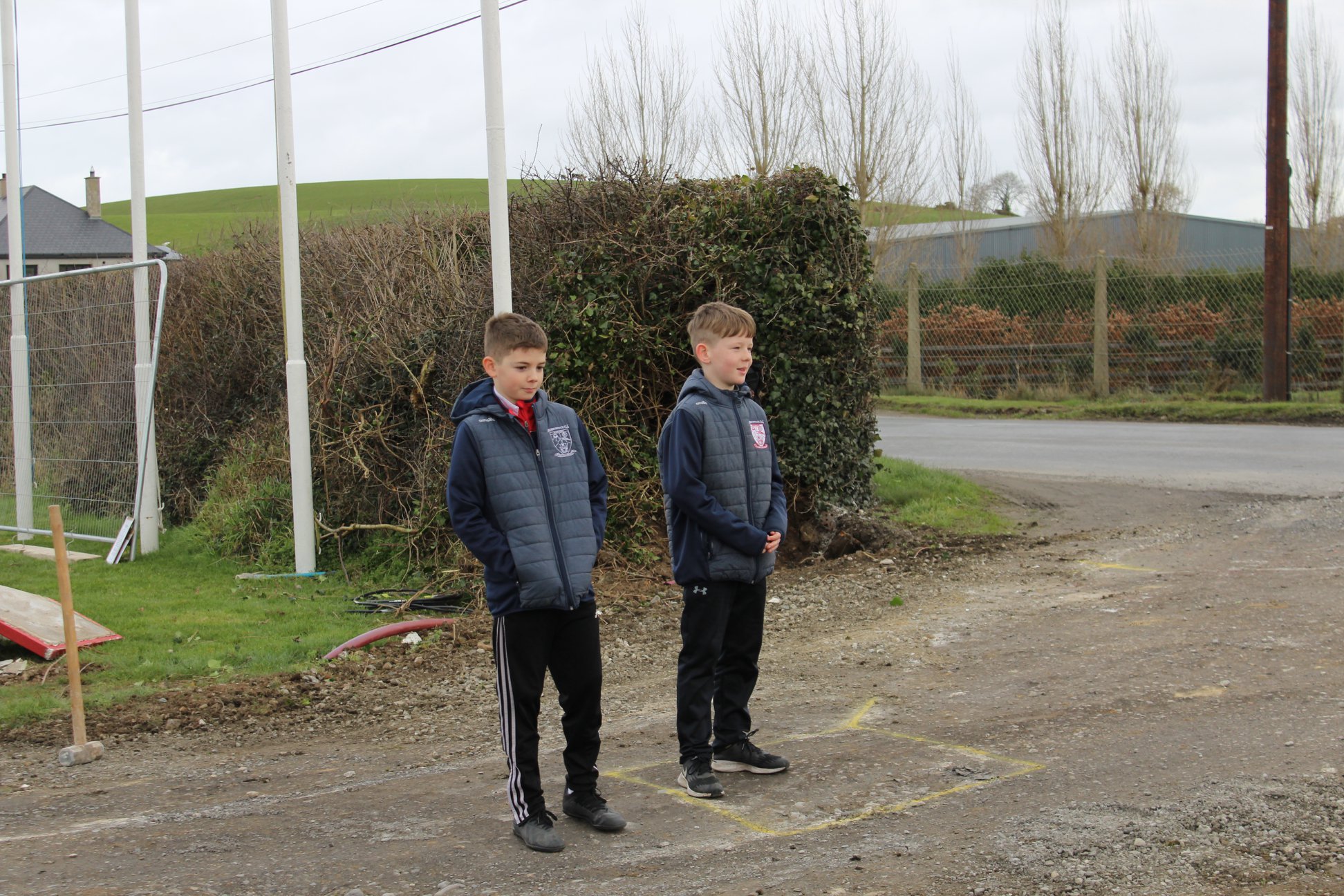 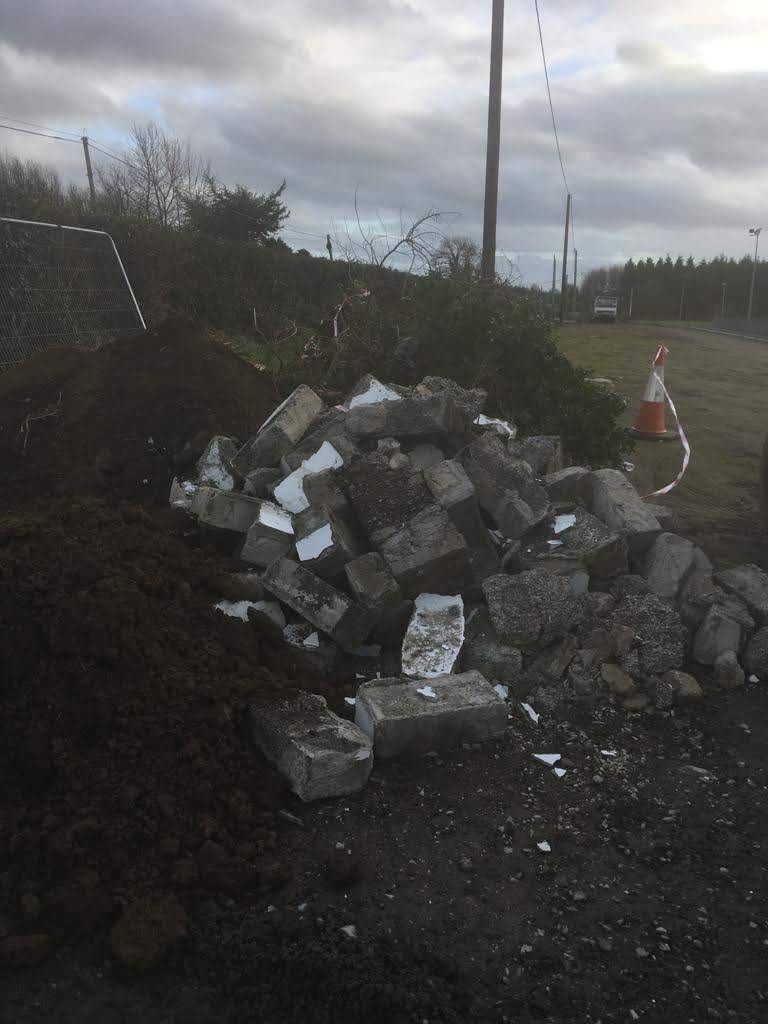 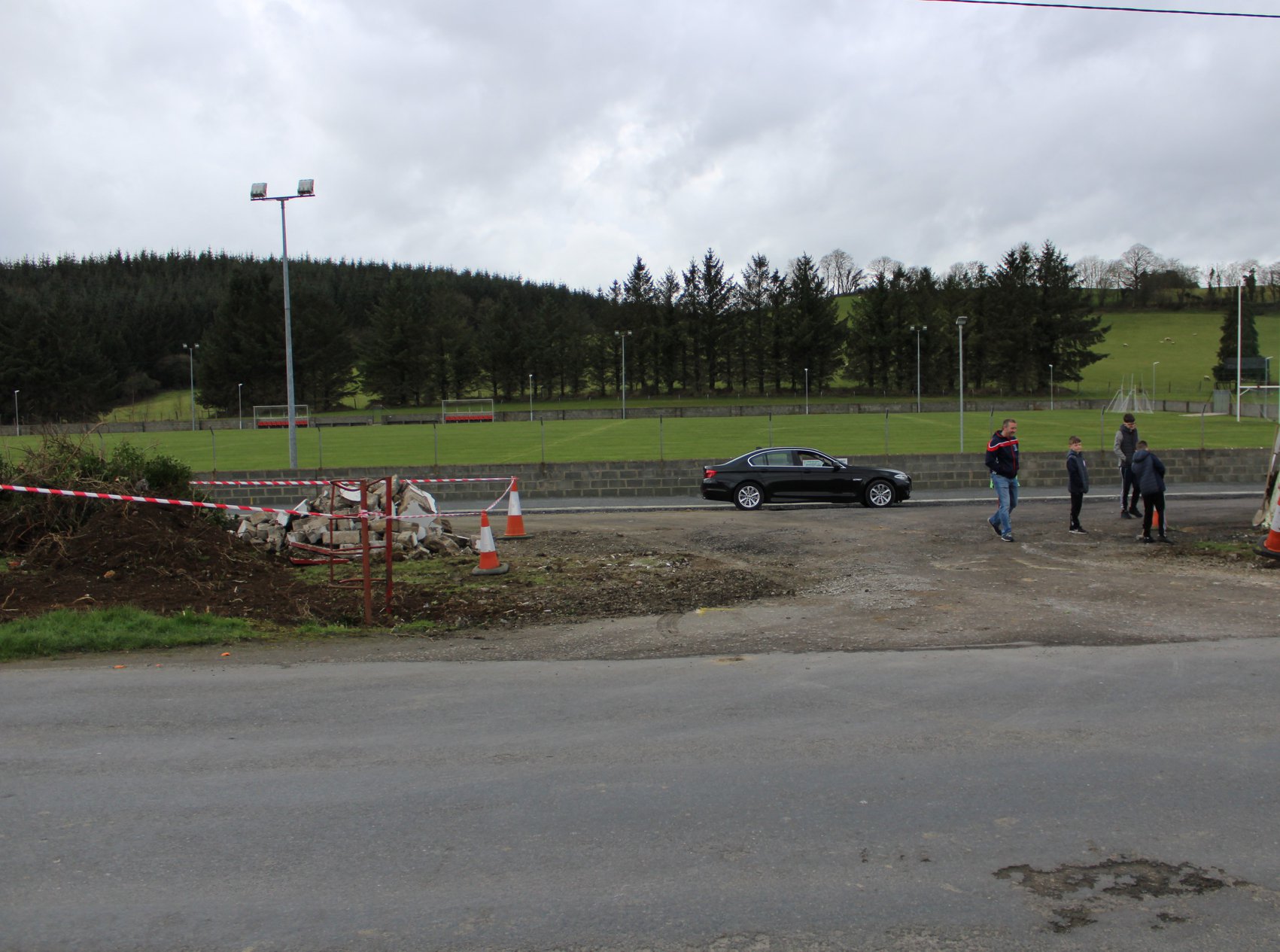 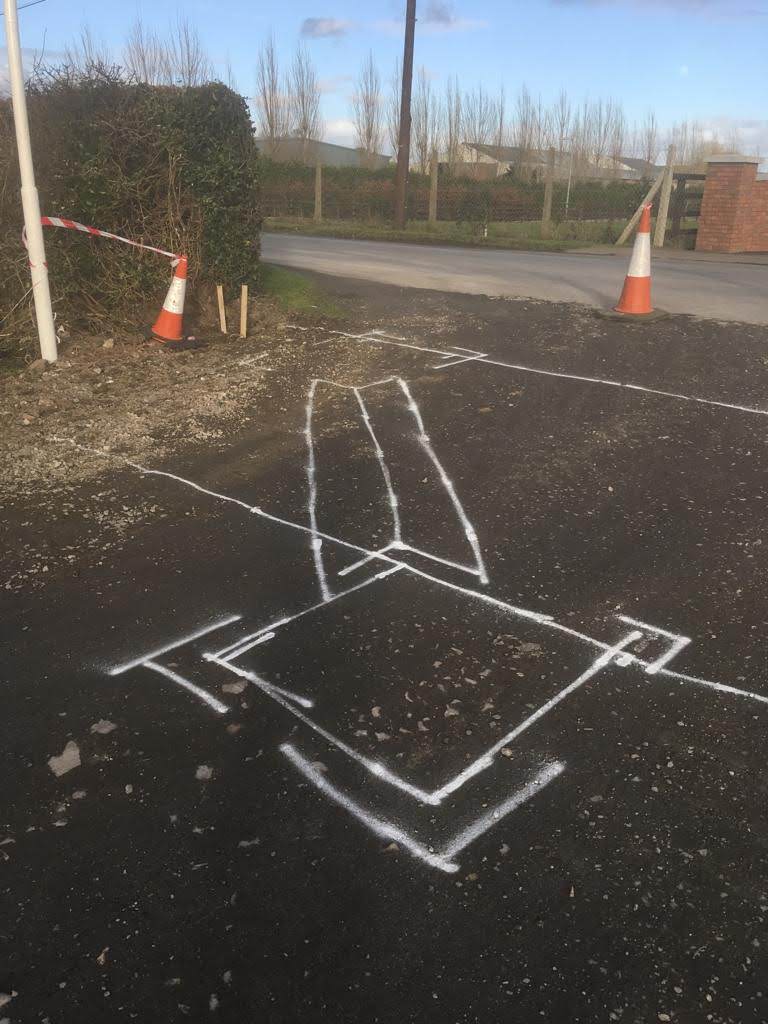 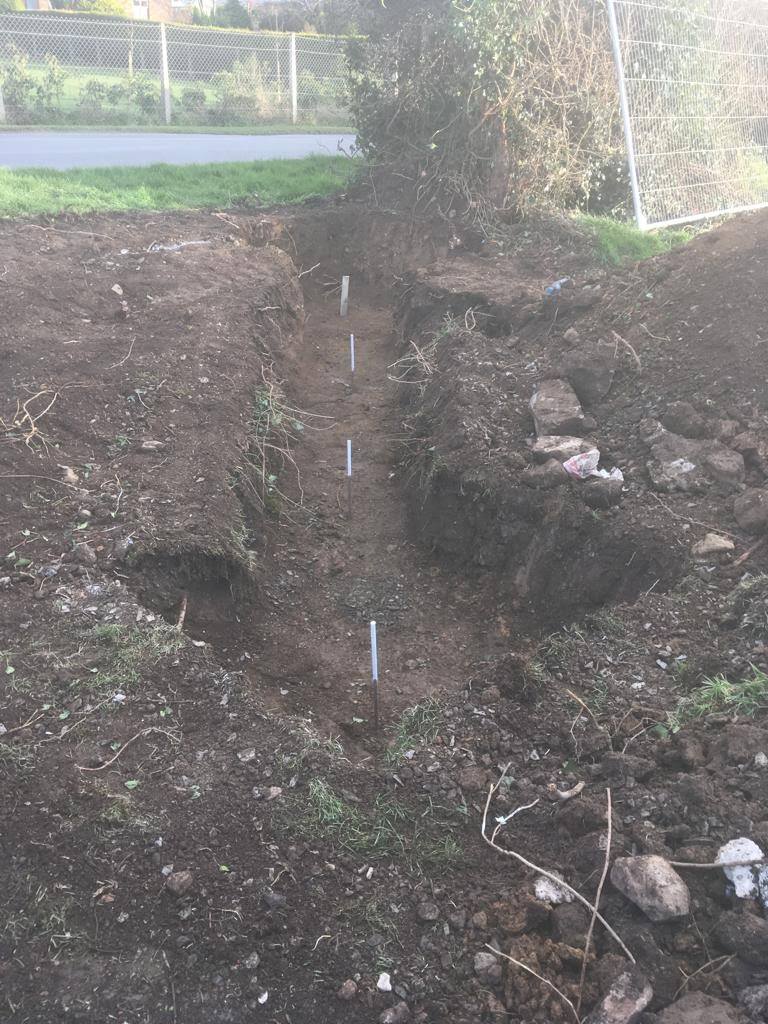 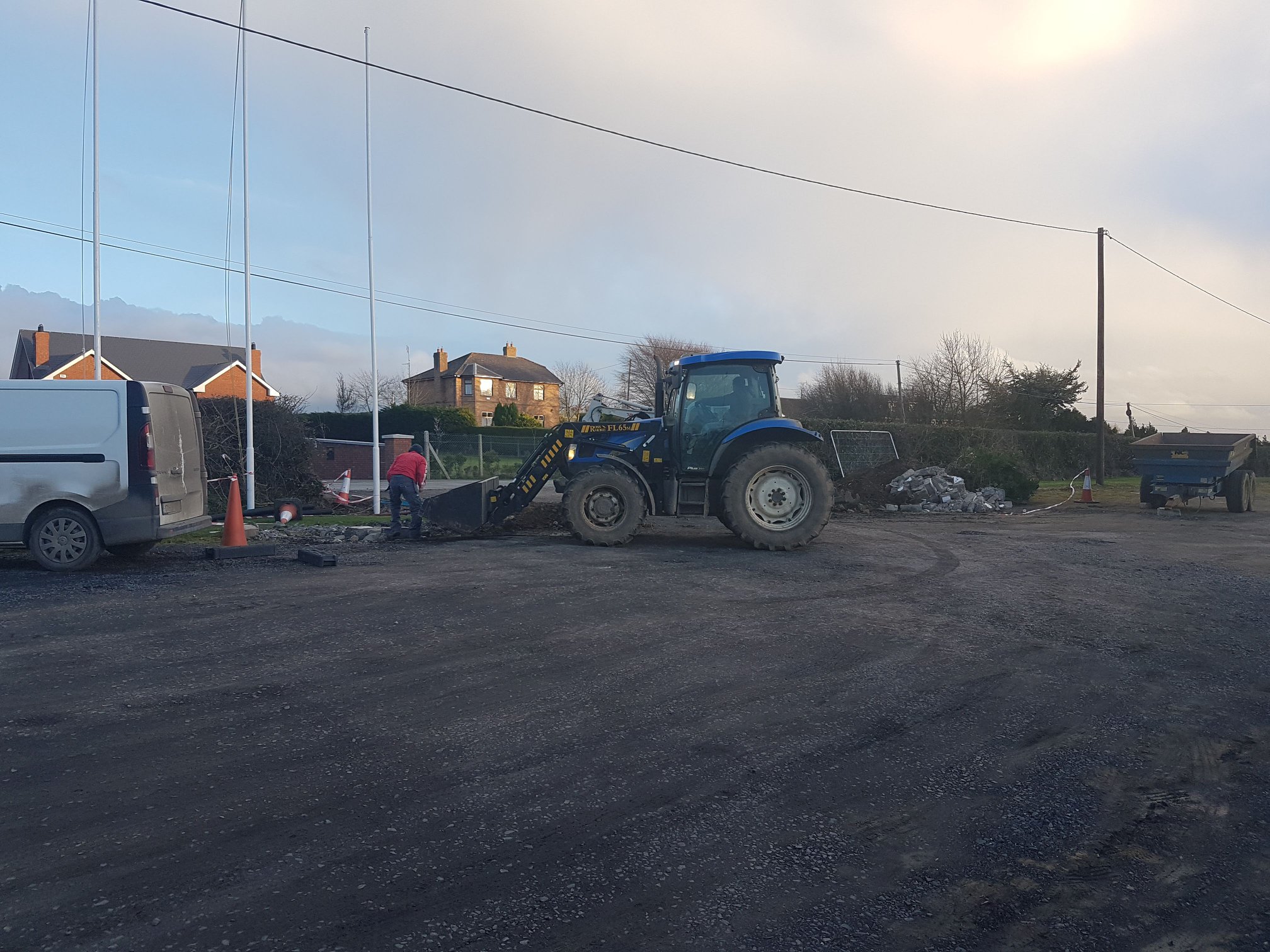 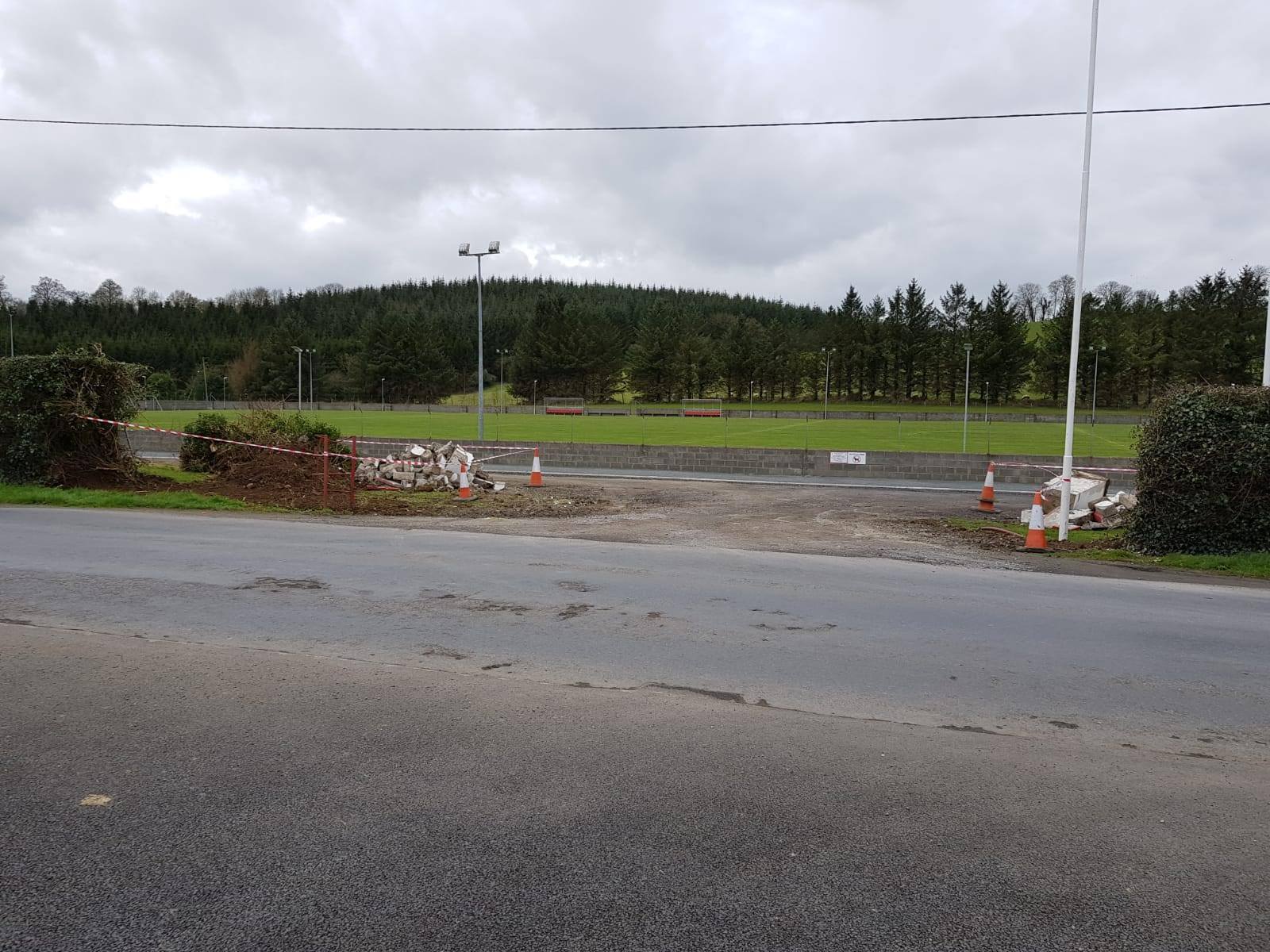 Progress is well underway on our new development

Progress is well underway on our new development. Great work has been done since the end of November when the first sod was turned. Busy weeks and months ahead for all involved and we look forward to bringing you more updates on our exciting new development as they happen.

Excellent initiative to encourage our kids to meet up with friends, club mates, meet new friends while out supporting our Senior footballers. 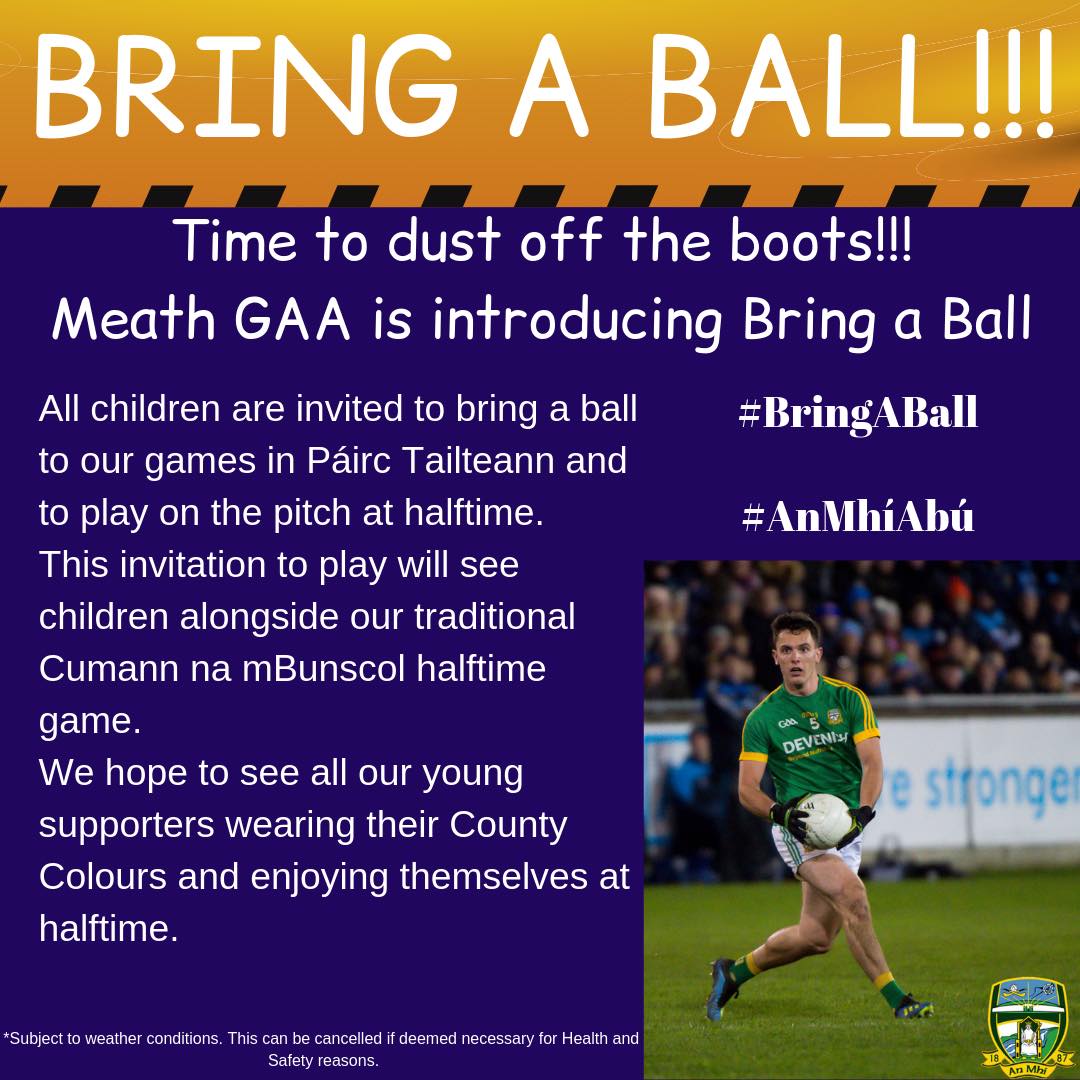 Well done to all our participants tonight for Ireland Lights Up, great turnout from all age groups.Also well done to Emma Carry who was the winner of our delicious Healthy Hamper, Emma pictured below with our youngest participant Riley who drew the winning ticket and Leighton who we thank for being our group Co-Ordinator this year.Hope to see you all back next week, where we may have more healthy treats to keep us on track. 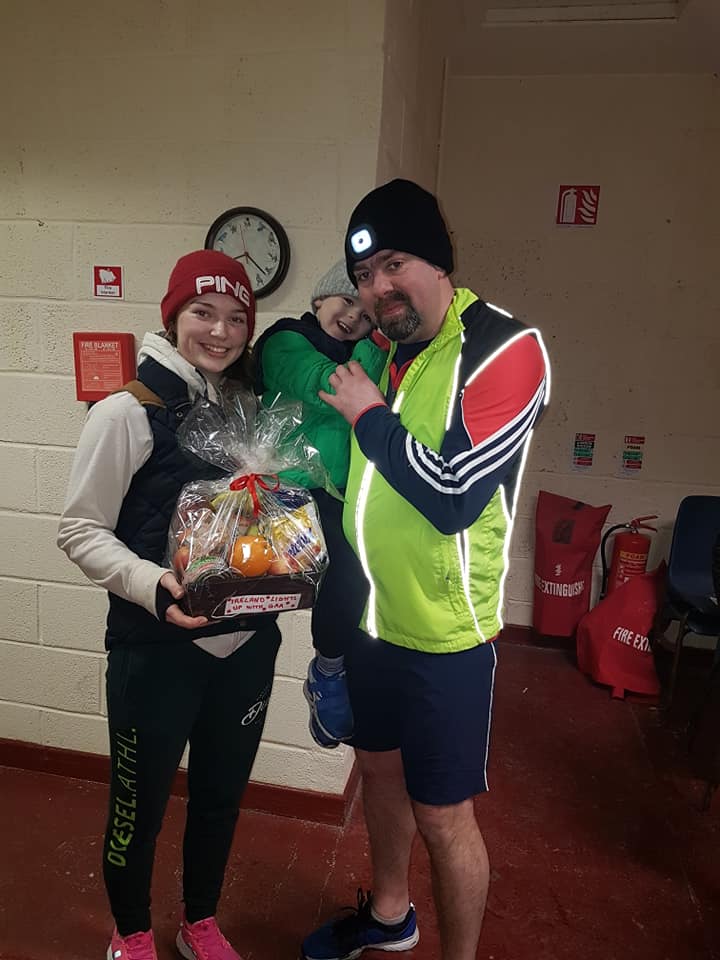 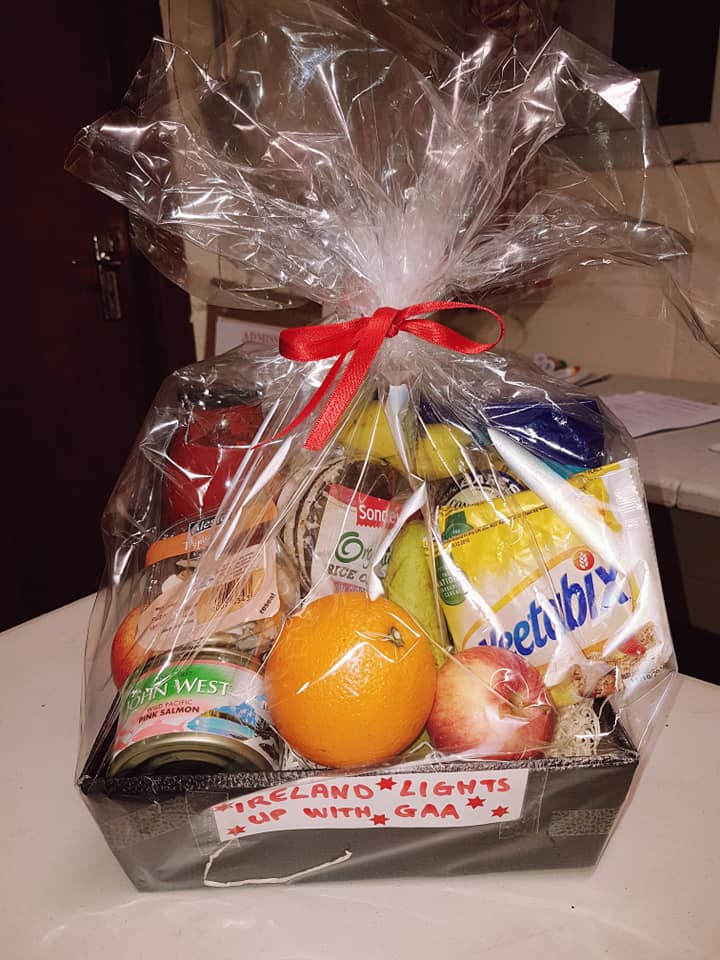 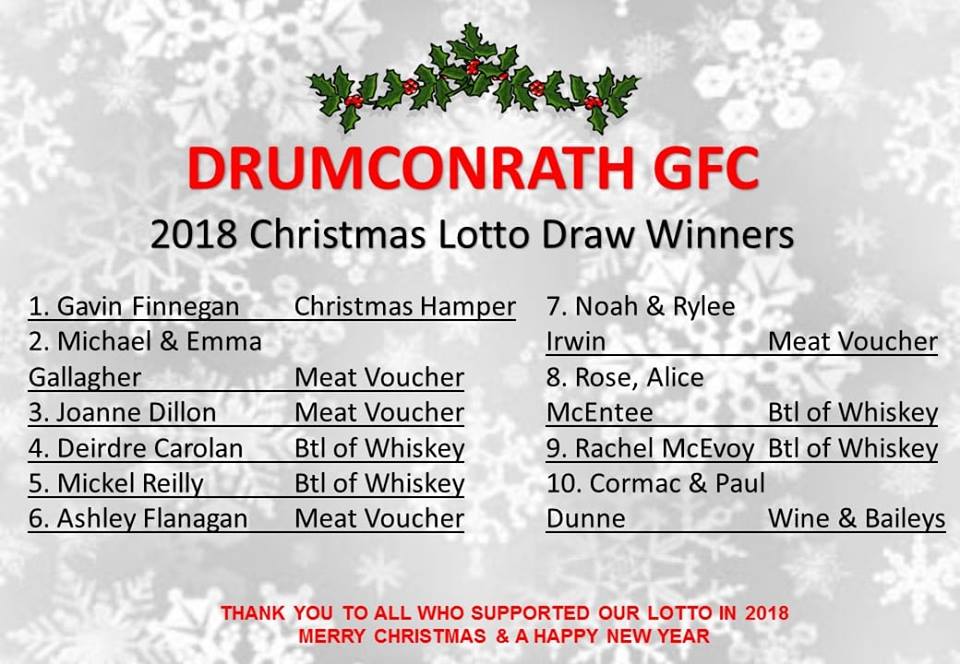 Official GAA license product
Back in stock due to popular demand.

PM to place your order. 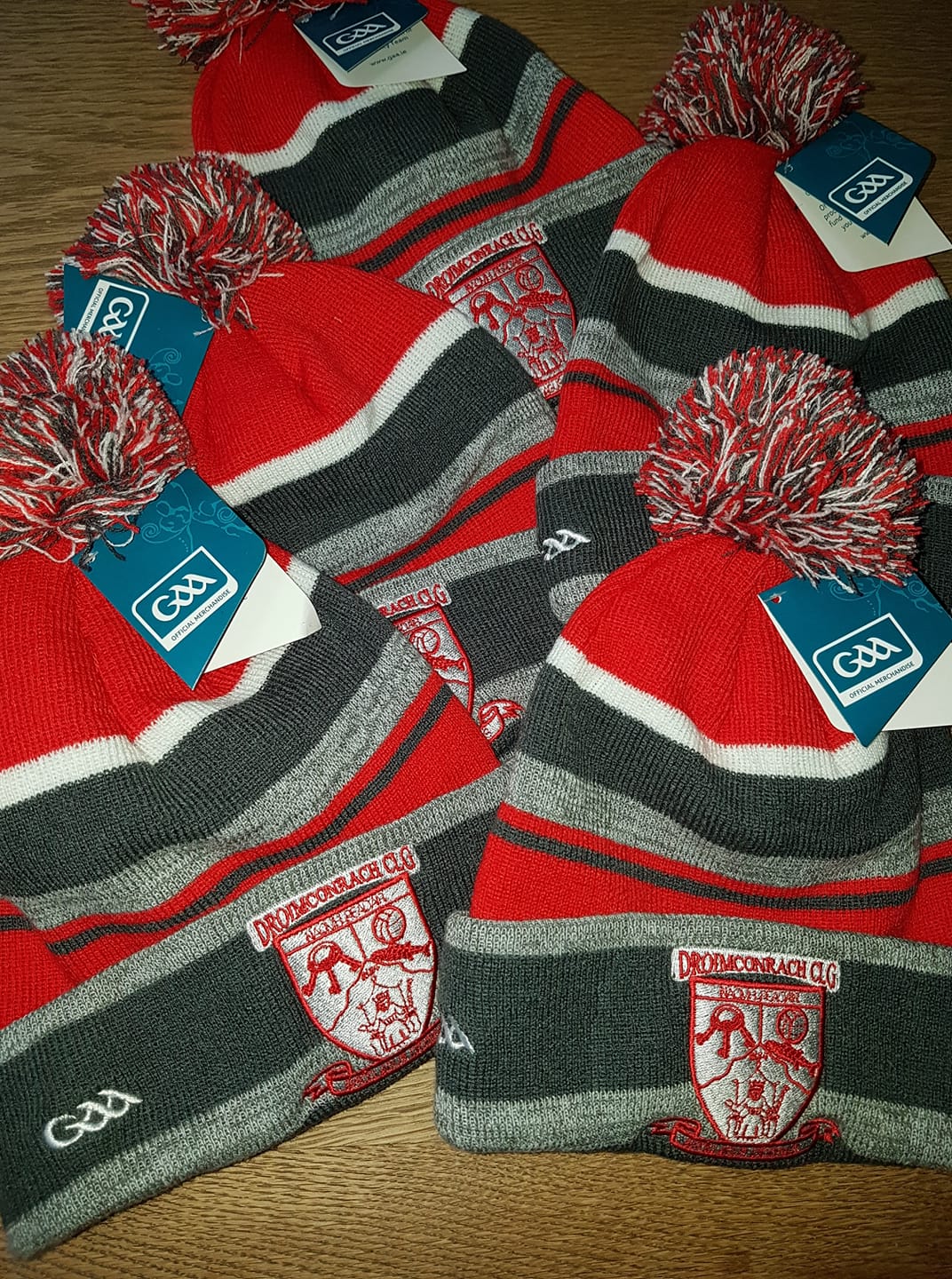 Drumconrath GFC managed to whisk Santa away from his busy schedule and got him escorted to Drumconrath N.S courtesy of the Garda. We thank them so much for making sure they got him here safely and on time.Thanks to Joanne and all the teachers for making the visit so special for all the boys & girls. Santa had a gift for everyone and he was very impressed with them all, he asked us to remind the children to get to bed nice and early on Christmas Eve. Enjoy the video clip of this special visit.

Drumconrath GAA held their well attended AGM on Thursday the 28th of November and there was no change at the top table where officers were re-elected unopposed. Chairman Paul Carey thanked everyone for their continued support in 2018.

Although it was a disappointing year on the playing field there was a great sense of belief and positivity looking ahead to 2019 with no retirements forecast and some new players coming through.

Development on the multi-purpose fitness Hall has commenced in mid-November when we had a blessing and turning of sod by Fr Connaughton and Co Board chairman Peter O'Halloran. With the new build underway and all other listed development plans hoped to be completed in 2019 it is sure to be a busy and exciting time for the club and community.

We had the election of officers with Leighton Irwin now taking up the role of membership officer and Aine O'Neill as Assistant PRO. Attracta Ward became Drumconrath's first lady Honoraury President when she was elected for her endless contribution to the club throughout the years.

For anyone who was unable to attend our AGM I have attached below a copy of a presentation that was shown at our AGM highlighting some of the items that were up for discussion. This will also be available to view on our website shortly.

All nominations for Officers and Motions should be forwarded to Joanna Duff at This email address is being protected from spambots. You need JavaScript enabled to view it. by 5pm on Wednesday 28th November. New members welcome to attend our AGM. 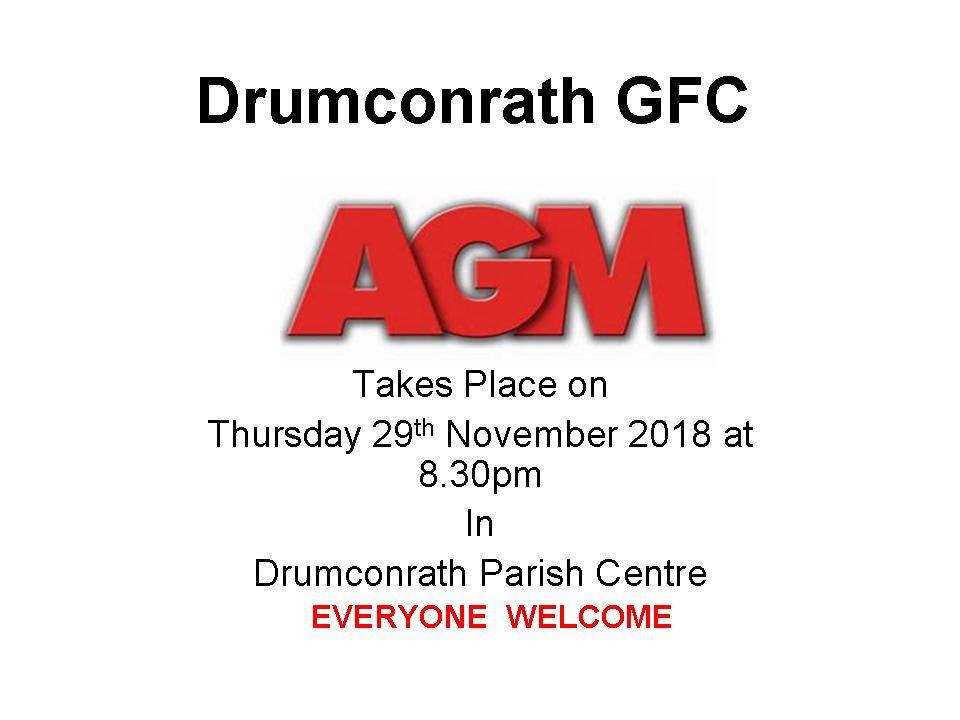